"There has to be a better way!"

Paolo, like his wife Tracey, was working as an instructor at the Philippines College of Pharmacy in the late 1990’s and early 2000’s.

It was while at the College that a fellow faculty member announced he was leaving the Philippines to travel to Canada to pursue an opportunity to work as a Pharmacist here.

The idea of moving to Canada intrigued Paolo, and his wife Tracey.

A short time later, in 2002, Paolo, joined by Tracey, made the move overseas and enrolled in a ‘bridging’ program at the University of Toronto. 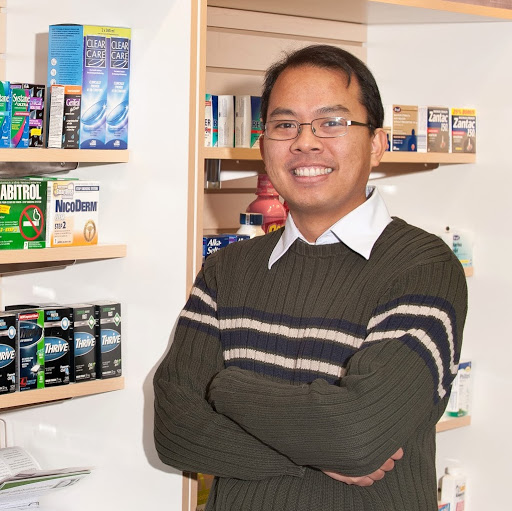 By 2004, now both working for HBC, Paolo and Tracey were transferred out west to the Okanagan where Paolo became the Manager of the pharmacy in the Kelowna Zellers store.

“I was becoming frustrated with the big-box approach to pharmacy service and customer care”, Paolo explains.

“I just kept thinking to myself, ‘there has to be a better way to do things!’ That’s when I was approached by a developer and asked if I was interested in owning my own store. It was serendipity and the timing couldn’t have been better for Tracey and I”.

By 2007, Paolo was setting up his own shop and finally able to offer the type of care he knew local customers would come to love.

Today, Paolo’s passion for customer care and service excellence has turned his business into one of the most successful pharmacies in the Valley.

Like his wife Tracey, Paolo’s downtime is spent enjoying family time with his wife and kids, taking in all there is to offer, Winter and Summer, here in the Okanagan.